The Salt Fairy, a benevolent winter spirit especially found around schools and churches. 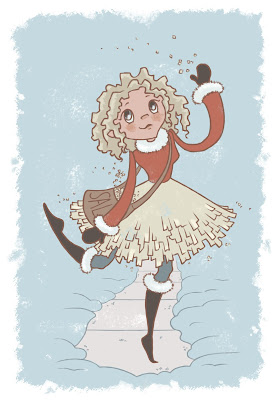 Posted by Emily Hurst Pritchett at 11:13 AM No comments:

On Wednesday we had a guest speaker in the Illustration department.  Donato Giancola came from New York to talk to us!  He is one of my favorite illustrators!  I've been pretty excited ever since we heard he was coming.  I saw a book of his Lord of the Rings-inspired paintings a few years ago, and pretty quickly became a fan.  He's good.  Really good.  His paintings are beautiful.  He does a lot of book cover work but I believe has also done concept artwork for movies. 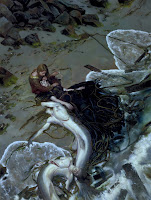 And he's so nice!  He gave a presentation to my concept design class (which normally has like six students attend, but the room was crowded with visitors), and he was really cool and chill, and he gave out posters and postcards, and was basically just a neat guy.  He talked about composition and showed some things from his sketchbooks.  He talked about using repeating shapes, and how he takes composition ideas from abstract and modern paintings and uses their ideas about shape and color and balance in his own realistic work.  In college his professors were all modern artists, and he said they weren't really great at painting realistically, but they knew a lot about how to communicate through shape and composition, and that's what he learned.  His compositions are pretty fabulous, and his sense of light and color are amazing.

One of my favorite things was that he showed us some of his not-great work back from when he was just getting started.  It was pretty much wonderful to see that even he created some stuff that was frankly rather bad, but that he has come so far and learned so much from those experiences.  And he's willing to show them to a class full of students to help them learn too.  I think all of us felt like we now had hope!  It was very cool.

Also, after his presentation was done and most people were gone, I was working on homework in the computer lab while he was chatting with the professors and looking at some of our classwork online.  He said "Oh that's cool.  That one with the sunset," and it was mine!  Donato Giancola said my picture was cool!  It's not even half done!  Then he came over to the computer where I was working and gave me some advice.  I was geeking out a little bit.

*This is the concept design piece I was talking about. It could still use some work. 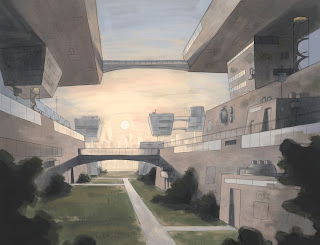 Posted by Emily Hurst Pritchett at 7:56 PM No comments:

This week on Sunday Doodles: quick portraits of the Relief Society presidency. 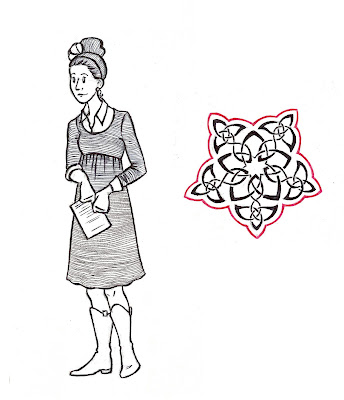 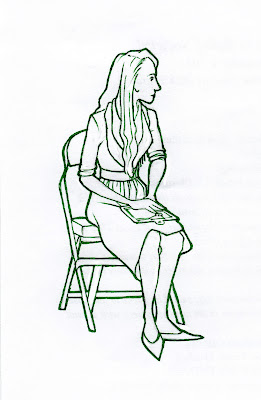