Life-Changing Events and a Freaky Fish-Guy

So I got married this summer.  Yep.  It's pretty much awesome.  Also we went to India which was incredible.  This did not leave as much time for drawing as I could have used.  But now classes have started again so things will probably pick up.

I fixed this guy up from a sketch I did some time ago (painting him during my breaks at work, because I still don't own Photoshop. Soon... ).

I have since been told that he looks just like the Zora from Legend of Zelda, but I promise I wasn't thinking of them at all when I drew him. 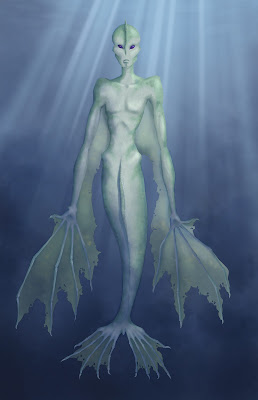 Posted by Emily Hurst Pritchett at 10:25 AM No comments: